I want to share with you my first short story. Growing up I was a lover of words. I survived my childhood by getting lost in books. The only passion I thought I would ever have. Now that I have grown exponentially I am ecstatic to say I have found a passion that fills me and pushes me daily. Photography. Recently though I started to put words to my favorite images and was utterly exhilarated. Though I feel quite vulnerable to share the entirety of my works.

But since I long for change and growth (as you will shortly read) I made it a goal to write and share my first story by the new year. So on the first new day of the year I published my first visual story. A short story that reads more like a tear out of a secret journal of my own. Filled with the world as I saw and perceived it one bleak day.

She was 17 the first time she saw snow. Just old enough to appreciate how awful it truly was. So why was she here, all these many years later, thrust into this wretched season yet again? As she trudged through the first of the yearly frost she thought of the never ending obligation she had come back to face. The constant heart-breaking disappointment she kept finding herself attached to.

She shook her head at the dark thoughts circling. When had she become so estranged from her own family. How could she have allowed herself to be stuck here again, even if only for a short time. She felt an utterly depressive woman. Empty and disconnected. She took in her wintry surroundings and with a deep raw breath, thought of how fitting they seemed. Here she was, a bleak woman walking a bleak park.

Yet it only took until her feet cleared the parking lot that she found her wondering sense break through. Beauty never was far from her eyes.

Another slow breath and a tilt of her head was the only indication of her satisfaction. Her eyes danced along the winter bitten pathways. A quaint gazebo sitting along the waters edge. Dark waters reflecting the snow heavy sky. She noticed how lovely the trees were as they clung to the last of their autumn colors.

How peaceful the moment suddenly seemed. Her children would love to wreak havoc on it.

Oh. Her Children. Her heaviest happiness. Always keeping her with one foot tied to the present as she dreamed and reached for the future.

She had heard the days old saying to “treasure these times with your young, you will miss this stage when they’re grown” enough that it seemed taboo to speak against it. Yet here she was, secretly enjoying them more as the years passed. The more her children grew into their own the more easily she connected with them. So as she walked she yearned for days of watching her three young children take on the world for themselves.

All at once, she came upon a snow filled clearing.

Maybe it was the prominence in which her children currently occupied her mind, but there at the far side of the field stood a trio of trees that made her stop in her tracks.

She had heard once that each tree has a likeness, a sort of doppelgänger walking the earth. The way a trees branches resemble our own veins is in fact no coincidence. She had taken solace in the trees more than with any human to be sure. Before their presence she felt the unfamiliar feeling of security.

And here, beneath the three trees that stood tall before her, she felt her children. They were huddled in close, slightly swaying, as if containing a great excitement she could faintly hear them whispering of. How often had she seen this same scene with her small loves.

For a moment she basked in the pleasure of their presence. For the first time that day she almost allowed a small smile to creep to her lips. But the weight that came with that smile was too much to bear right then. And so, like she too often did lately, she just sighed and walked away.

She let her mind go fuzzy and watched her feet as they carried her on. Subconsciously she ambled along a path she had worn long ago. Towards a bridge she had crossed many a times in that life long passed. As she walked she wondered at what a strange life she had created for herself. What a different woman she was now then the girl of her past.

With eyes closed and feet sliding through the snow, she envisioned long days of sunshine. Sunshine mostly kept at bay with drawn curtains while she filled her head with books and daydreams. Daydreams, funnily enough, that were filled with the aspirations she now was achieving.

How sweet were those young days, full of hope and naivety. Had she really been so blind to life to think that these accomplished days would not also be consumed by their own banalities and trials.

As she thought of these realities she ran across one. Perfect timing. The bridge she unknowingly had longed to step across once again, was closed.

She looked out at the peaceful scene and gazed at the bridge she had come for, silently searching for the pain she thought its memory would bring.

Instead of being angry or sad though she found herself flooded with relief. For she recognized that she had been grasping. Grasping for comfort in a piece of her past. But that past was just as this bridge. Uncrossable. And this time she was grateful for that.

Once she had relied on falling back to what she knew for comfort. An old lovers calming voice, the ease of burying her face in a book, or letting the entire day slip away while she hid from the world inside her small bubble.

But not anymore. Now her urge was to live in the unease until she could feel her weakness suffocating in it. Now she longed for growth.

As she brought herself back from inside she refocused on her surroundings. This time it was not the bridge she found herself interested in, but instead the silken waters flowing beneath it. Watching the dark waters she realized that just like this slow flowing river her dreams would also dry out, freeze up, or even change course. But as long as she drew breathe, there would always come a day, when her yearning would start again. And what good dreaming comes with no yearning, she thought.

And knowing warmer weather was on the horizon. She took solace that this frozen ground wouldn’t hold her or her dreams much longer.

Putting the wind to her back she let it urge her forward alongside the rippling stream. Leading her back to her loved ones. The family she had created. She suddenly longed to run to them. Pack them up and skip town straight away. She knew she wouldn’t. She had been gone far too long. And this dreary place held more than her own obscure family. It held her husbands family. And like it or not her children were of this blood. So she had come back. For her young she would forge a connection.

She cursed her years of isolation and what she had become from her dysfunctional childhood. She thought of every time she mentally pushed away her husband. Every time her voice broke from screaming at her children. All the times she failed at being the woman she had desperately been trying to be. It all started flooding in. Could she have the successful career and be the strong mother she was fighting to be? Was there hope for happiness for her and the family she had made?

And then before her a little red bridge appeared. Seeming pointless with nothing but a blanket of snow surrounding it. At least it had pulled her from her dark reverie.

A bridge with nothing to cross, she thought. She was a deep believer that “every thing meant some thing”. And so she hesitated. Standing there, before the conundrum of the red bridge, snow flurrying about her, she again let her mind take her.

Could her obstacles be so small as this bridge? Was she creating an unnecessary problem in thinking this was “time wasted”. She was just so damn ready for her future. So incredibly hopeful. But wasn’t connection and family stability at the core of what she was trying to build? If her dreams were like the water that was surely buried and frozen beneath this bridge… then she should cross it in a hurry. Bridges were made for connecting were they not. So she had best be on her way and find where her dreams were flowing again.

She wasn’t sure how long she had stood there. But with that thought the incredible need to cross over to the other side took her.

And so she did.

She ran through the snow until at last she laid eyes on the charming gazebo. And because she was spellbound with its loveliness, she decided a moment within to catch her breath would do her good.

From underneath the peaked canopy she stood enchanted. And there she finally let that smile grace her lips. Her chest rose with a heavy breath and she let it out slow. With a small smile and dreamy eyes she saw the path to take. This time she didn’t need a bridge. She would take the long winding path. For that was the one that would take her to her children. The one that would unite her with the man that would be standing there impatiently waiting for her. But wait he would. Faithfully and forever.

So as she walked toward her family she held her head high. She would face her fears. Confident and with a smile. For she knew she could rely on her truth. That it didn’t matter what would become of the bonds she had came to try and forge. Her future was for the ones she fought for. Her children, her husband, and the woman she was becoming. It was with them she would achieve her highest hopes. It was for them her world turned. Her past couldn’t claim her future.

This is the first visual story / personal essay I have written and it is a raw one for me. I would be honored to hear from any who have read this far. What are your thoughts? Could you connect? Maybe a certain image called you back for a second look?

I cannot express the joy that you have made it this far, so I will leave you with a Thank You. Sincerely, I Thank You. 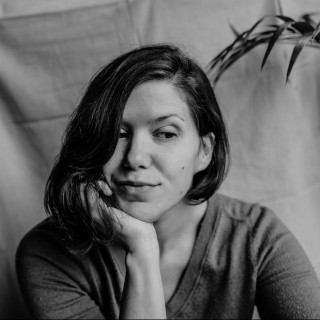 A passionate dreamer and seeker of raw beauty. Exploring the vast experiences of life through Photography, Writing, and Travel. Inspiring Conscious Creative Women to live out their daydreams and helping them on their Journey.